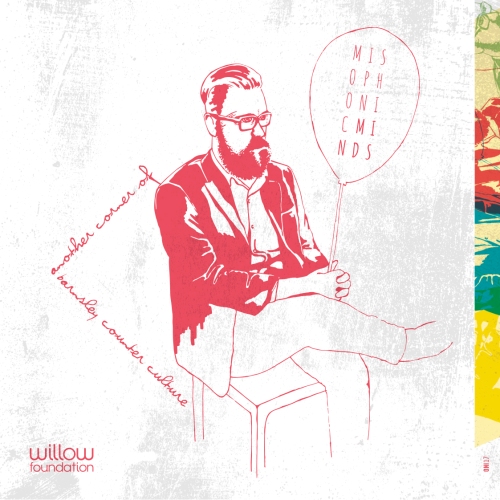 All proceeds from the sale of Misophonic Minds are donated to Willow Foundation. Willow is the only national charity working with seriously ill young adults aged 16 to 40 to fulfil uplifting and unforgettable Special Days. These Special Days enable them and their families to reconnect and refocus on each other while enjoying an activity of their choosing.
www.willowfoundation.org.uk

Of National Importance Records is an independent record label based in the same location that all these artist originate from; Barnsley, South Yorkshire, Northern England.

All copyright belongs to the respective artist(s) except where noted.

For a much wider picture of the blooming Barnsley music scene visit:
www.alternativebarnsley.com

Asynch Drone #3 by Lyndon Scarfe
Written and produced by Lyndon Scarfe
www.blocsonic.com/artist/lyndon-scarfe
Lyndon Scarfe released Music for a Lost Film in January 2014 and Outer Circular, a collaboration with Liam Stewart, in July 2013. Both records are available as free downloads though Bloc Sonic.

Queen Second, Money First by McCarthy Vigil
Written by McCarthy Vigil. Recorded at Studio 24. Mixed and mastered by McCarthy Vigil
www.soundcloud.com/mccarthyvigil | www.24-live.co.uk
McCarthy Vigil released their debut and self-titled EP as a free download through Of National Importance Records in April 2014. The track Chinese Candle was included on 2013’s Pareidolia compilation, released via the same label.

RZ3 by rama zu
Written and recorded by rama zu
www.ramazu.bandcamp.com
rama zu self-released their second full album RZ-2 in July 2014, the follow up to their April 2013 debut Zu.

Tell Me by Sarah-Jane
Written and recorded by Sarah Jane
www.sarahjvne.bandcamp.com
Tell Me is taken from the EP Untitled released as a free download in January 2015.

The Night by Film
Written by Film. Recorded by Film

Through Our Veins by Aztec Doll
Words by Roxanna Mitchell. Music by Aztec Doll. Recorded and Produced by Aztec Doll.
www.soundcloud.com/aztec-doll
Aztec Doll released the Bowdlerize EP in June 2014, the follow up to their 2013 debut Endlessly. Both are available as free downloads through Of National Importance Records

One response to “Misophonic Minds: Another Corner of Barnsley Counter Culture”