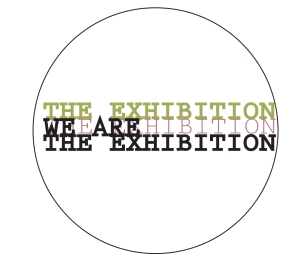 Our Rating: 9/10
By Christopher Nosnibor

So many bands that so obviously invite Smiths comparisons and so badly fall so desperately short… and then along come The Exhibition. ‘The Boy and the Tearaway,’ the first track on this EP had more than a hint of Mozzer about it, primarily in the vocals. The inflections, the slightly throaty tone… but it’s executed brilliantly, and sounds natural rather than forced, and what’s more – and this is the real clincher – the vocals are slightly low in the mix amidst a swirling maelstrom of shoegaze guitars and truly mammoth drums, propelled by some frenetic fills.

Ok, so they’ve got my attention. ‘Bright New Worlds’ doesn’t have the same epic sound, but is taut and urgent, with a mod edge that’s just discernible. There’s no let up with the blustery ‘Things That Hide in the Dark,’ before racing to ‘Reaction,’ which is again reminiscent of The Smiths only with a whole lot more muscle and an injection of testosterone, with a fiddly, fidgety lead guitar line and a vocal that manages to convey some measure of emotion despite the lyrics being largely indecipherable.

It’s a solid set, which not only showcases a band who clearly have a lot to offer, but which provides further evidence of the changes going on in the music industry – they’re referring to it as a demo and it’s being given away at the band’s gigs and is available as a free download, but is of a standard that makes you wonder why they’re not getting some serious coverage and shifting units. At least they’re doing it for the right reasons, as they’re clearly not getting rich from doing this. Which seems rather unjust, really…

This entry was posted in The Exhibition and tagged Press. Bookmark the permalink.